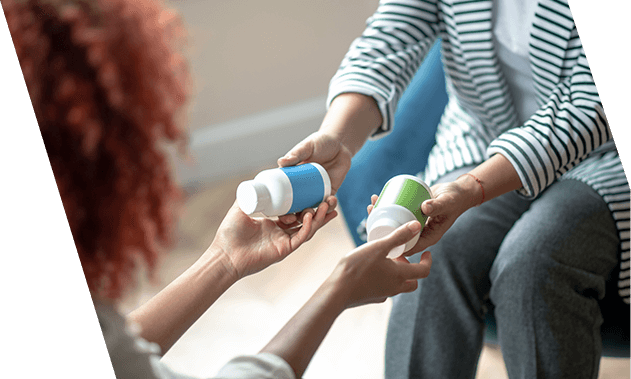 Antidepressants can shift the game and significantly reduce symptoms in persons with depression and anxiety disorders. They rank among the most frequently recommended psychotropic drugs. But one thing to remember is that it’s crucial to speak with a doctor before stopping an antidepressant if you’re currently taking one. Antidepressant discontinuation syndrome, or antidepressant withdrawal symptoms, can occur if you stop taking your medicine abruptly.

In this post, we’ll talk about the effects of abrupt antidepressant discontinuation, some withdrawal symptoms you might encounter, and how to avoid this syndrome.

Get an online prescription from certified medical professionals at Mango Clinic. Just a click away!

Connect With A Prescriber

Antidepressants are a class of drugs that are used to treat clinical depression and several other conditions, including obsessive-compulsive disorder (OCD), generalized anxiety disorder (GAD), and post-traumatic stress disorder (PTSD). They are believed to function by raising the levels of neurotransmitters in the brain, such as serotonin and noradrenaline, which have been connected to mood and emotion regulation.

Some antidepressants may be able to reduce chronic pain because neurotransmitters may also have an impact on the neurons’ ability to send pain signals. People who suffer from moderate to severe depression may find relief from antidepressants. For mild depression, they are typically not advised unless other kinds of treatment, such as talk therapy, have failed.

Antidepressants work differently depending on their type. They are classified into the following categories:

There is a chance that if you use antidepressants for longer than four to six weeks, you may suffer antidepressant withdrawal symptoms when stopping to take these medications abruptly. However, this does not imply that you are addicted to a drug. Addiction is a result of negative, persistent brain chemistry alterations. These changes in the brain are not brought on by antidepressants.

The body may react with physical and emotional symptoms when antidepressants that impact the brain’s chemical serotonin are abruptly withdrawn due to the sudden absence of high serotonin levels that occur when taking the antidepressant. 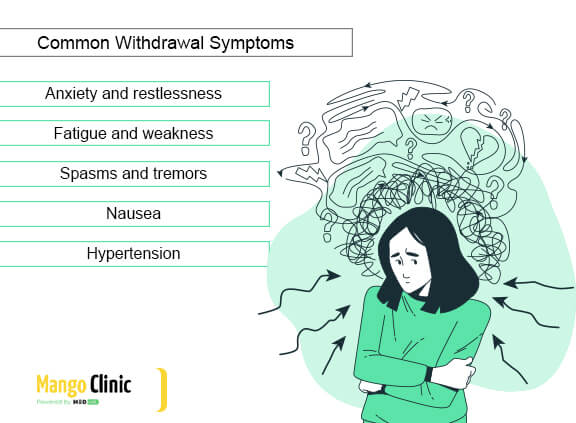 All antidepressants have the potential to cause withdrawal symptoms, but some have a significantly higher likelihood of doing so than others. Antidepressants with a shorter half-life or that stay in your body for a shorter time are more likely to cause discontinuation symptoms. With drugs that take longer for the body to eliminate, like fluoxetine (Prozac) or vortioxetine (Trintellix), withdrawal is less frequent. Longer-acting antidepressants might still sometimes result in discontinuation symptoms.

Getting Off Antidepressants: Withdrawal Symptoms

Depending on the antidepressant type, dose, and duration of use, the experience of antidepressant withdrawal varies substantially. Most of the time, withdrawal symptoms are only minor for the first one to three days, then they become more severe on the fourth or fifth day, and then become less severe and may last up to three weeks. But if you’re going through a depression relapse, your symptoms can get worse.

People with depression who have stopped using antidepressants should expect to experience the following symptoms:

How to Stop Taking Antidepressants Properly?

Only your doctor can tell you the best way and time to reduce or stop taking your antidepressants as well as assist you in creating a withdrawal strategy. This needs to be adaptable. You should be able to lessen the amount gradually as you need to to avoid unpleasant withdrawal symptoms. This is referred to as “dose tapering.” Some individuals require a very low dose to be reached before entirely stopping the drug, and dose reductions frequently get smaller systematically instead of sudden changes.

Even if you have withdrawal symptoms, you can still stop taking your antidepressant. Simply said, you’ll need to taper more gradually over a longer period with lower dose reductions. The American Psychiatric Association (APA) advises tapering antidepressants over “at least several weeks.” 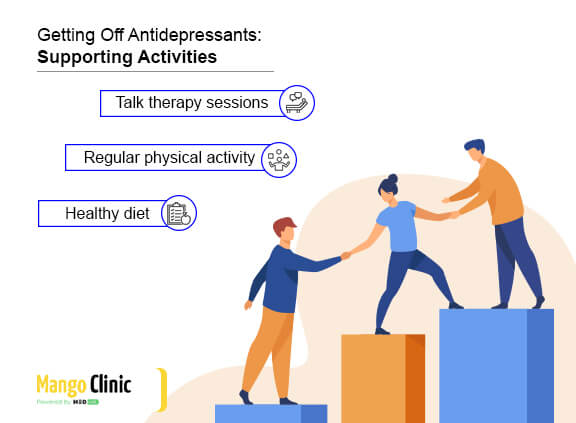 How to Get Off Antidepressants Naturally?

Besides your doctor’s advice, you can try following healthy tips to overcome the dangerous effects of antidepressant withdrawal. Practicing these lifestyle changes can help you in the long run.

When it comes to going off antidepressants, everyone is different. Even an antidepressant with a short half-life can be tapered off in a few weeks for some people without causing any noticeable side effects. Others can experience uncomfortable symptoms and need the medication reduced over several months. Ask your doctor for accurate consultation if you or any of your loved ones are experiencing antidepressant withdrawal symptoms.

Make an appointment at Mango Clinic right away to receive a customized depression treatment plan and enjoy a hassle-free prescription management procedure.

nextDepression and Substance Abuse: Are They Linked?