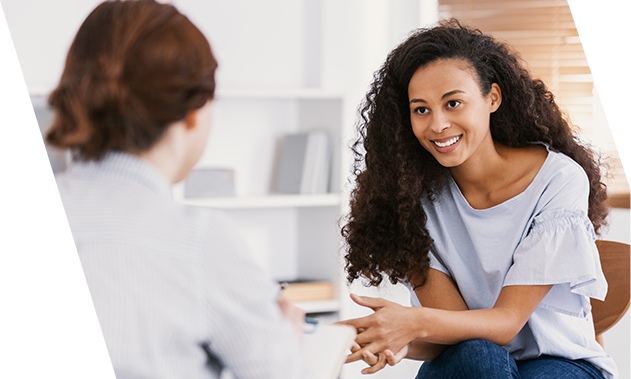 While some people enjoy being in the company of others, for some, such an experience is frightening. People who are suffering from social phobia or social anxiety struggle significantly in social interactions feeling fearful and anxious. They may even have physical symptoms such as trembling, rapid heartbeat, sweating, and nausea.

Fortunately, a patient does not have to suffer from the debilitating effects of social phobia permanently. There are currently several medications that treat anxiety on top of psychotherapy. One such drug is Nardil.

Do you have symptoms similar to those of social phobia? Get those signs evaluated by our mental health professionals.

Connect With A Doctor

Nardil is a drug approved by the FDA in 1961 for the treatment of social anxiety and panic disorder, among other mental health conditions. Nardil’s generic name is Phenelzine. It belongs to a class of drugs called Monoamine Oxidase Inhibitors (MAOIs). This group got its name from its action and the chemical in the brain it affects.

Most mental health disorders, including social phobia, have a connection to poor cell communication in the brain, which is caused by low levels of neurotransmitters like serotonin, norepinephrine, and dopamine. Antidepressants boost the levels of those neurotransmitters.

Nardil medication and other MAOIs also have a similar result, but it is achieved differently. They work by inhibiting monoamine oxidase, a natural chemical in the body that has several functions, including removing neurotransmitters and cleaning out tyramine. This chemical helps regulate blood pressure.

One study showed that using between 45 mg to 90 mg of phenelzine per day significantly reduced panic symptoms in 75% of the patients. Complete control of the symptoms took four to six weeks of treatment. 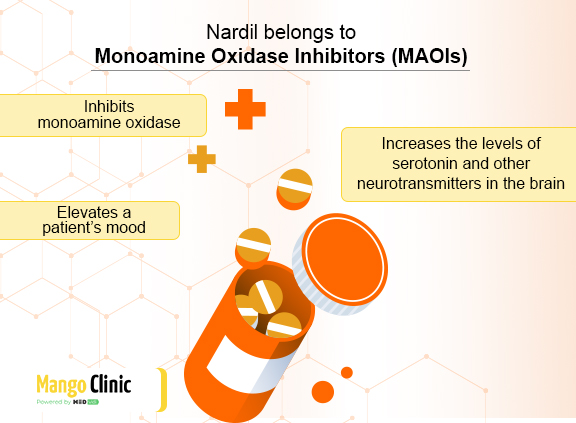 The initial Nardil prescription consists of a test dose of 15 mg on the first day. From here, the dosage is steadily increased by 15 mg tablets thrice a day in the early phase of treatment. Most patients will show clinical improvement after being on a 60 mg dosage for at least four weeks. Sometimes, the dosage may have to be upped to 90 mg. After obtaining the maximum benefit, the doctor will place a patient under a maintenance dosage for as long as necessary. The doctor makes the adjustments slowly until a patient is down to one 15 mg tablet daily or every other day.

Consult with your prescriber to know the dosage that will work best for you,

Side effects of Nardil are often mild or moderate, and they are varied because monoamine oxidase is found throughout the body. They also usually subside as one continues with the medication and can be controlled by adjusting the dosage. Hardly does a patient have severe side effects necessitating discontinuation of the drug or use of counteracting measures.

Common side effects include:

Severe side effects are rare but do happen; they include: 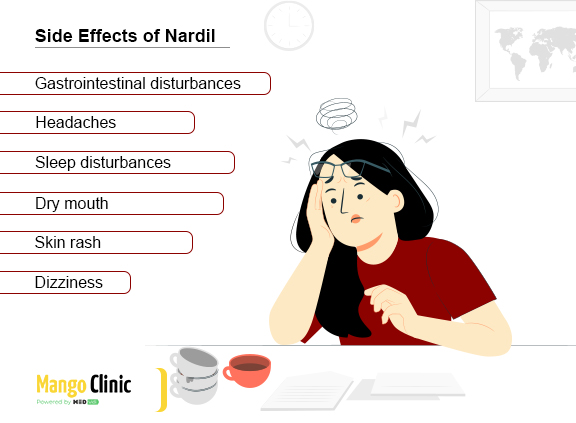 Despite its effectiveness, Nardil, like other MAOIs, has suffered from a negative reputation as a troublesome drug requiring diet restrictions and associated with varied and extreme side effects. As such, it is mostly used in treatment-resistant mental health conditions. While it is true one will be required to watch their diet to avoid food high in tyramine (aged cheeses, kimchi, smoked fish, etc.) to avoid spikes in blood pressure, the extremeness of diets can be exaggerated, and a doctor can advise you on a comfortable regimen.

Further, its side effects are often less severe than the side effects of modern medications for the same conditions. The drug also has the advantage of not being habit-forming, and patients do not easily build a tolerance to it. Patient reviews praise the drug for its effectiveness and ease of use.

Nardil is an effective treatment for social phobia and other mental health conditions. It may be an option for your treatment. Consult with a certified doctor to get suitable medication and a multimodal personalized treatment plan at Mango Clinic.

next7 Tips to Improve Your Mental Health and Reduce Health Anxiety