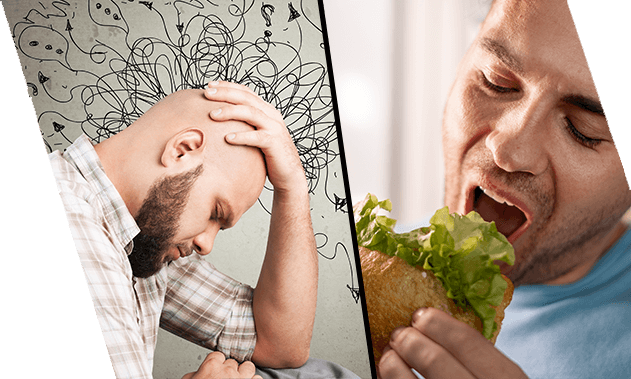 While people have recognized eating disorders for ages, the understanding of ADHD is somewhat relatively poor. In a nutshell, ADHD is characterized by reduced executive functioning, inattention, and impulsiveness. Patients with ADHD may also be hyperactive.

Proper ADHD treatment can save you from eating disorders. Click the banner below to book your appointment.

The three main types of eating disorders include bulimia, binge eating disorder {BED} and anorexia. Other than BED being the most common of the three, it is the one that often co-occurs with ADHD. In BED, a patient eats large food amounts quickly even when they feel full. Unlike bulimia, the person will neither purge nor excessively exercise to get rid of this food after eating. Nonetheless, he/ she will be ashamed afterward. Obesity usually occurs with co-occurring ADHD and binge eating disorders. According to researchers, the impulsivity and inattention associated with ADHD are the key elements that play a role in BED development. The brains of people with ADHD need stimulation. Binge eating might be a way of meeting this stimulation. Furthermore, research has identified a genetic link between ADHD and eating disorders. There are common genes identified in BED, obesity, and ADHD. These genes involved in dopamine transmission are not very efficient in people with ADHD. The inattention associated with ADHD might lead someone to be unaware of his/ her eating habits or might not recognize whether he/ she is hungry. He/ she might also not recognize when he/ she is full and thus keeps eating.

Anorexia nervosa entails restricting your food intake, at times to almost starving point. This leads to unhealthily low body weight as the person is scared of gaining weight and body fat. You might be asking why girls with ADHD have anorexia commonly. Though not as common as BED and bulimia in ADHD and eating disorders, anorexia in ADHD is thought to be associated with the impaired interpretation of signals in the brain, causing abnormal behaviors. As such, one might be unable to recognize if he/ she is hungry and under-eat or develop food aversions. 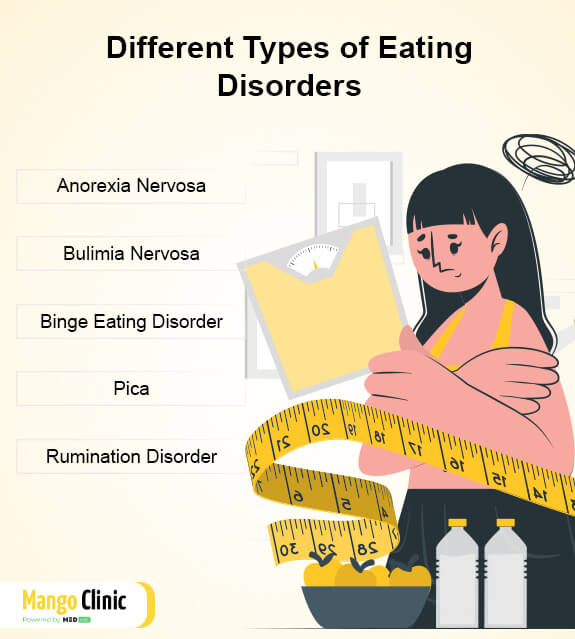 Moreover, some people with ADHD might be more sensitive to textures, flavors, foods, stimuli, and scents compared to the general population. Therefore, they might not readily accept most foods, which contribute to anorexia. Alternatively, a person with ADHD might find it overwhelming to process the information on healthy food choices and portions. Hence, they might choose to take an ‘’all or nothing’’ approach in which they eat everything or nothing to ease decision-making.

With the poor impulse control that people with ADHD have, restricting what they eat might be an issue. To keep themselves from feeling guilty after bingeing on food, some develop bulimia, a condition in which they purge or exercise excessively to get rid of the food they have eaten.

In ADHD bulimia, food is considered self-medication for anger, stress, boredom, and anxiety. The food fills the emotional gap that the person feels and becomes his/ her source of comfort. Binge eaters and those with ADHD have issues paying attention to their internal cues on hunger and satiety.

Management of ADHD and Eating Disorders

The experts at Mango Clinic can help you with ADHD and eating disorders. They take an all-around approach when addressing your symptoms and consider your lifestyle to ensure the management is customized to your needs. Contact us today for a customized management plan for ADHD and eating disorders or click the banner below to book your appointment.

nextSomatic Therapy: All You Need to Know About It