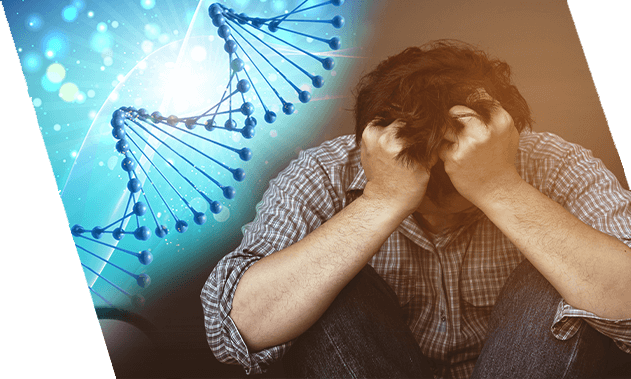 Current studies on attention deficit hyperactivity disorder show genetics play a significant role in determining what causes this disorder. The exact cause of this disorder is not fully understood. There are many different factors thought to be responsible, so is ADHD genetic, is a tough conclusion to find.

Family studies show there are higher risks of developing ADHD if others in the family suffer from the disorder. What it also shows is it is less likely for the genetics of ADHD to affect a family member than genetics for schizophrenia but it is more likely than genetics for rheumatoid arthritis.

Get proper treatment for worsening ADHD from expert doctors. Click the button below to book your appointment.

Many ask the question; Does ADHD run in families? The answer would be, ADHD does tend to run in families, and it is thought ADHD genetics can be inherited from your parents. Studies have shown if a child is diagnosed with ADHD, it will more than likely lead to a parent or other siblings having the same disorder. However, how ADHD is inherited is not related to a single genetic fault.

There are certain risk factors for ADHD that make some more likely to develop the disorder:

Is ADHD Genetic or Environmental?

What Is the Root Cause of ADHD?

Scientists continue to study what causes ADHD and which risk factors play the most significant role in its development. While their conclusion is ADHD in genetic shows, yes it supplies an important piece, there are still other possible causes. The research does not support popular beliefs that eating too much sugar is significant in ADHD development. Studies also do not support that environmental factors, such as poverty or family chaos contribute to ADHD development. These situations may make symptoms worse but are not the root cause of the disorder. 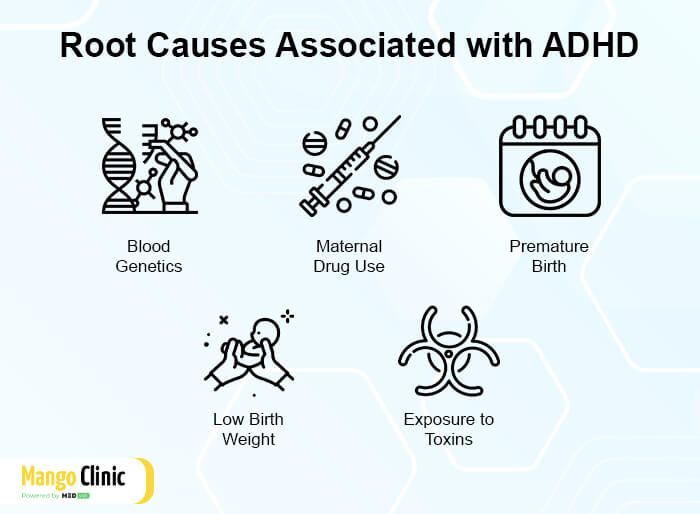 Is Missing DNA Cause ADHD?

Scientists have recognized the strong role genetics play in ADHD development. This recognition comes from understanding genes. A British study performed in 2010, identified small pieces of DNA that were either missing or were duplicated in children’s brains with ADHD. Affected gene segments much like those seen are also linked to schizophrenia and autism.

Another study conducted on ADHD showed children with this disorder have thinner brain tissue in certain areas of their brain. The study did, however, find that with children, the tissue developed to normal levels as they age. As the tissues thickened, the symptoms of ADHD became less severe.

The Neurodevelopment Nature of ADHD

The neurodevelopment nature of ADHD has been challenged in the past. However, the study found that most adults with ADHD did suffer from the disorder as a child. Childhood ADHD is also shown to be associated with comorbid disorders, neurocognitive deficits, and polygenic risk.

Get yourself evaluated for ADHD for its severe symptoms. Click the button below to book your appointment.

Those who suffer from ADHD often have co-occurring psychiatric disorders. Some of these disorders include:

Another disorder that is closely associated with ADHD is bipolar disorder. The symptoms of impulsivity, inattention, moodiness, excessive talking, hyperactivity, and sleep issues in both disorders mirror each other. The closeness of symptoms often makes it hard to diagnose which condition a person is experiencing.

ADHD genetic mutation (ADGRL3) is leading to the development of specialized medications and a better understanding of the neural pathways behind ADHD. Locating a specific malfunction on the one gene long implicated for ADHD development has helped researchers predict the severity of a patient’s ADHD symptoms. These results are a small piece of the puzzle for genetic components that are responsible for controlling ADHD and the development of new medications. 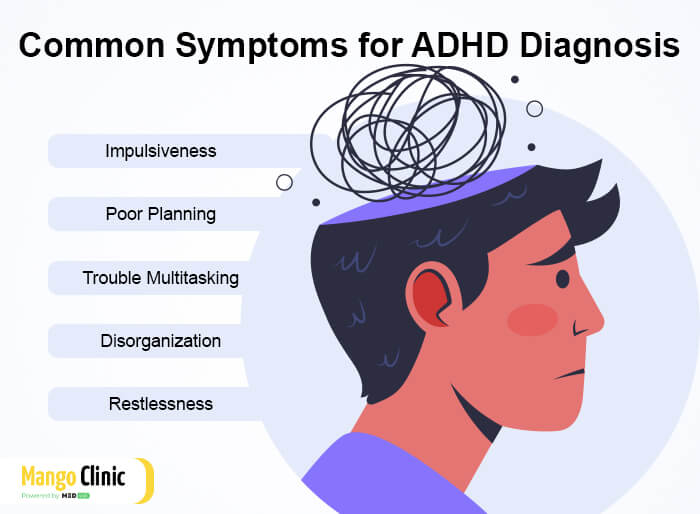 Evidence is out there to suggest ADHD is genetic. A disorder passed down from a parent to a child is seen in some families. One-third of all fathers who displayed symptoms of ADHD in their childhood have at least one child who will display the same symptoms. Scientists continue to study ADHD genetic links to learn more about its causes and its treatment.

Where to Learn More about Medical Conditions?

Mango Clinic‘s mission is to help people from all walks of life. If you have a medical concern, contact our office today or click the banner below to book an appointment and talk to one of our experienced physicians. We are here for you to get you on the path to healing and improve your quality of life.

nextWhat You Should Know about Left Arm Anxiety?