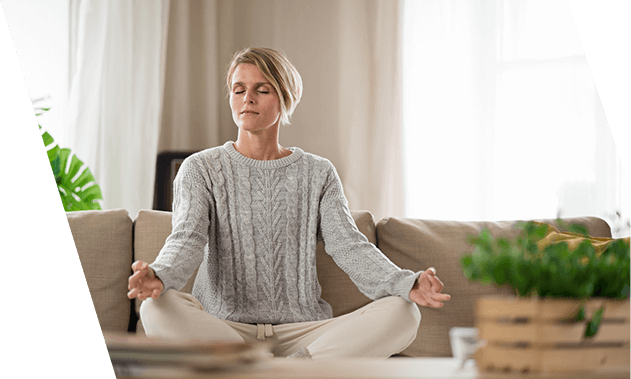 Dopamine is a neurotransmitter. It is often referred to as a chemical messenger for its role in transmitting signals between the nerve cells in the brain. It is crucial for its direct impact on the central nervous system. Dopamine levels have a direct link with your physical and mental wellbeing.

Sometimes, dopamine is referred to as the pleasure chemical. This is a contrast of sorts because it doesn’t really produce pleasure. What it does is reinforce pleasurable feelings by connecting some sensations to particular behaviors. It plays a big role in the motivation to choose to do something for the reward of the pleasure the action will bring.

For instance, say you like to take a glass of wine or two to relax at the end of the day or to enjoy a meal. When you do this often, your brain starts associating doing this with feeling good. Over time, your body will begin to get used to the feeling, and you will need more than a couple of glasses to get the same feel-good feeling. This is how substance addiction begins.

This is known as reward and reinforcement. It motivates lab rats to keep pressing a lever for a serving of tasty food pellets as much as it motivates people to finish a bag of chips, a bar of chocolate, a bottle of wine, or other alcoholic drink. Without adequate levels of dopamine, a person’s mood changes. They no longer pursue activities they found pleasurable. This state is medically known as anhedonia. It is a state that can spiral into anxiety and depression. This is why there is sometimes an association between dopamine fasting and depression.

There is another side to dopamine, and it is a side that can be sinister. It is how drugs like heroin, cocaine, and nicotine become addictive. People keep using these substances even if they know how harmful they are, all for that feeling of euphoria. Over time, it becomes a habit that is extremely difficult to break.

The phenomenon of dopamine fasting was introduced by Dr. Cameron Sepah. The California-based psychiatrist strived to explain that this should not be taken literally because it is not possible to fast from a chemical that occurs in the brain naturally. He was not very successful, though, as his theory became a trend. Dr. Sepah intended for dopamine fasting to be used for cognitive behavioral therapy. This form of therapy was to be used to make people less susceptible to unhealthy stimuli, including today’s technology-centered stimuli like blue light, beeps, and rings from various devices. The therapy was to nudge people towards taking a break from such stimuli and from what we would naturally reach for pleasure, such as that drink, cigarette, second helping, junk food, or other pleasurable but harmful or addictive substance. 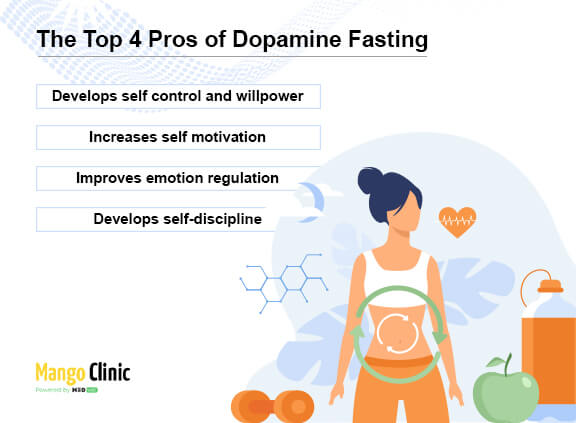 With an understanding of what a dopamine fast should be, the following are five things that it is important for you to know.

1) It is a stress reliever

Dopamine fasting will help you take a step back and find balance in your life so that you will not constantly be chasing the thrill of the next deal at work or drinking binges after work or even in between. Instead, you will learn to just be and just be still and even bored sometimes. Sometimes, mental disorders like depression develop because of the cycle of constant highs and lows, which is one aspect of dopamine and depression or depression related to dopamine.

2) It is based on traditional therapy

Dopamine therapy, as it was intended, is based on behavior therapy that uses a technique that uses stimulus control. Coined by the same Dr. Sepah, it aims to limit time spent on stimulating activities with the aim of reprograming the brain to stop seeking out highs and thrills all the time. In one study, college students were asked to limit the time they spent on Facebook, which was at two hours a day, to not at all for a week. The participants reported they made better choices like eating out less, making fewer impulse purchases, being in a better mood, and being more time-efficient. The uplifted mood was particularly important for those who might otherwise be on the path to dopamine depression.

3) No limitations are necessary

Following the misunderstanding of his original theory and it’s being turned into a trend, Dr. Sepah introduced his technique to Dopamine Fasting 2.0. He emphasizes that there is no need for strict abstinence from routine behavior and habits in the long term. The emphasis is on abstaining from choices and behavior that cause you problems. This could be because of how long you do something, how much it costs you, how it interferes with your life or if it is addictive, or it is becoming something you can’t help indulging in.

A dopamine fast shouldn’t be overwhelming. You can start slow and do more of it as you see or feel its effects. You can then taper it off as you achieve your goals and maybe introduce new ones. You can start with weekends only, once a week, or whatever works for your specific schedule. Be watchful about feeling anxious to avoid developing what is loosely termed dopamine fasting and anxiety or dopamine depression. 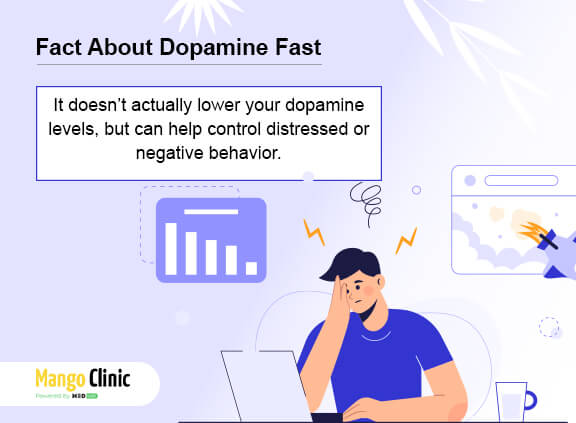 5) The trend will continue

The wrong idea about dopamine fasting will most likely keep on trending. It is already big on social media. However, the right idea is catching on with big names like Apple and Instagram, building it into their mainstream so users can track how much time they spend on these platforms. App developers like Zero Fasting have seen users do 35 million intermittent food fasts, so the right idea of dopamine fasting is catching on.

If it is done right, dopamine fasting offers profound benefits, including preventing or breaking addictions and other habits that are detrimental to your health and wellbeing. You can get the help you need from licensed, experienced healthcare professionals. With this help, you will be able to avoid situations where you end up with an additional problem of dopamine depression or fasting and anxiety caused by a wrong approach to dopamine fasting.

previousSomatic Therapy: All You Need to Know About It