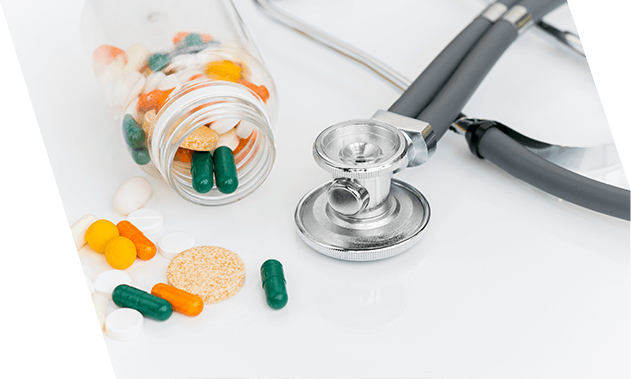 MAOIs or monoamine oxidase inhibitors are drugs used to treat several conditions, such as anxiety and depression. MAOI drugs are some of the earliest antidepressants created. Still, they are not always the best option despite successfully addressing different symptoms. In most cases, they are replaced by other drugs because of possible drug interactions and a propensity for more side effects than alternative treatments.

Even so, MAOIs may be beneficial if other antidepressants haven’t been effective and are frequently administered. Check out this article to learn more about what MAOIs are and how they treat depression.

Connect with our licensed doctors to find the appropriate prescription for any mental health condition.

What Are MAO Inhibitors?

As mentioned above, MAOIs have similar efficacy to other antidepressant medications. But due to the high chances of severe interactions with numerous food-derived amines and pharmacological interactions, they are no longer the first-line treatment for depression.

MAOIs are effective in treating atypical depression, treatment-resistant depression, panic disorder, social phobia, and Parkinson’s disease. A subgroup of MAOIs known as reversible inhibitors of monoamine oxidase-A (RIMAs) selectively and permanently inhibit the MAO-A enzyme. RIMAs are clinically used to treat dysthymia and depression. They are less dangerous in single-drug overdose than MAOIs as they have better reversibility.

How Do MAOI Drugs Work for Depression?

Depression may be accompanied by changes in the levels of neurotransmitters (chemical messengers) that brain cells use to communicate. These include serotonin, dopamine, norepinephrine, glutamate, and brain-derived neurotrophic factor. By changing the activity of these neurotransmitters, antidepressants like MAOIs can treat depression.

The neurotransmitters’ norepinephrine, serotonin, and dopamine levels are lowered in the brain by an enzyme called monoamine oxidase. MAOIs stop this from happening; as a result, more of these brain chemicals are available to bring changes in circuits and cells that have been impacted by depression.

The levels of serotonin, norepinephrine, and dopamine rise due to MAOIs blocking this enzyme. A person with depression may see a reduction in their symptoms as a result of the effects brought by this medication. Usually, MAOIs require several weeks to start acting, just like other kinds of antidepressants. 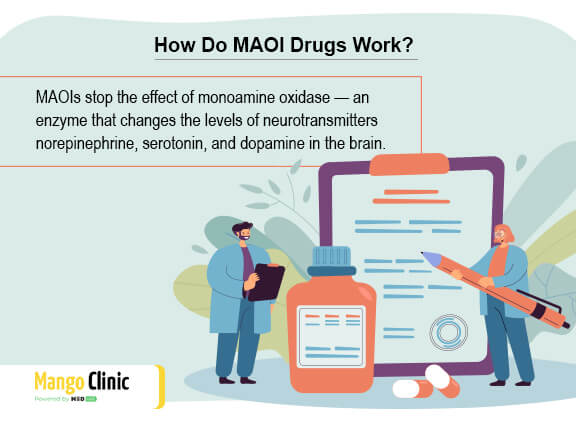 The following list of MAOI drugs is approved by the FDA for the treatment of depression.

Talk to a doctor if you experience the side effects of any medications. Click the button below for medical assistance from the best health professionals.

Consult With A Doctor

Side Effects of MAOI Medications

MAOIs are regarded as safe when used at the suggested dosage. However, they have been linked to several side effects, including overdosing, which might be lethal. Less severe side effects are the following:

MAOIs are usually not the first treatment of choice because they can cause serious reactions if you take them with certain other drugs or foods. Before using an MAOI, make sure to inform your doctor of all the drugs and nutritional supplements you are taking.

Drug interactions. MAOIs and other antidepressants, such as selective serotonin reuptake inhibitors (SSRIs), should not be combined. Сombining these two medications can result in possibly lethal serotonin syndrome. Serotonin syndrome is a condition that may occur when two or more medicines alter brain serotonin levels. Also, if combined with MAOIs, some over-the-counter supplements, like St. John’s Wort, might cause serotonin syndrome. 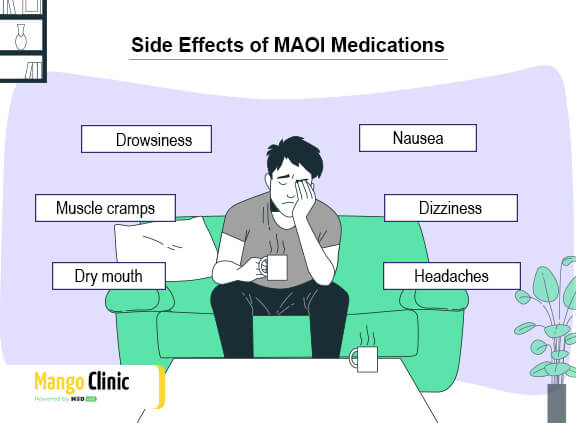 Although newer antidepressants with fewer side effects and no tight dietary restrictions have replaced MAOIs, MAOI drugs are still a viable option for some patients.

Only a licensed physician can prescribe the best medicine for your symptoms. To get a professional assessment of your depression symptoms, speak with mental health professionals at Mango Clinic.

previousHow to Deal with Peripartum Depression: Symptoms and Treatment Options

nextDepression and Headaches: How They Are Linked