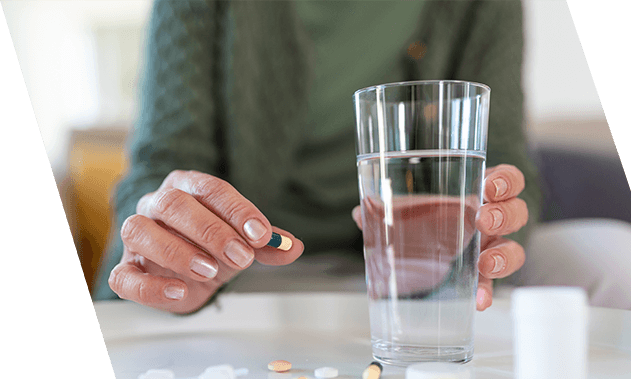 If you suffer from anxiety, and psychotherapy is not helpful enough for you, you may consider asking a doctor for a medication prescription. One of the commonly prescribed medications in this case is Prozac.

While Prozac (generic name: fluoxetine) is a game changer for many people, it’s normal to be worried about its long-term effects. Can you get addicted to Prozac? What Prozac side effects should you be concerned about, if any? Here is everything you need to know before taking this drug.

Anxiety disorders may interfere with your daily activities. Get treatment today to lead a fulfilling life.

What Is Prozac Used for?

Although it is an antidepressant used in treating medical depression, doctors can also prescribe Prozac for anxiety and panic attack treatment. It can also relieve the symptoms of obsessive-compulsive disorder (OCD) and bulimia nervosa (eating disorder).

The type of drug is known as a selective serotonin reuptake inhibitor (SSRI), as it works on your brain’s physiology to increase serotonin, helping you to combat depression and other mood disorders.

How Long Does Prozac Take to Work?

Because Prozac works by impacting your brain chemistry, it needs about four to eight weeks to build up in your system to take full effect. However, you may notice an early improvement in some peripheral symptoms, such as lack of energy, appetite, and difficulty sleeping. These symptoms may show improvement as early as a week or two after starting Prozac.

Does Prozac Have Side Effects?

Prozac does have some side effects, but it is generally more tolerable compared to other, similar drugs on the market. For most people who take Prozac, the side effects are considered to be very minor compared to the life-changing benefits of the drug.

Typical side effects of Prozac may include:

While it sounds counterintuitive that a drug used to treat anxiety can also cause anxiety, these minor side effects typically improve once you’ve been on Prozac for a little while. 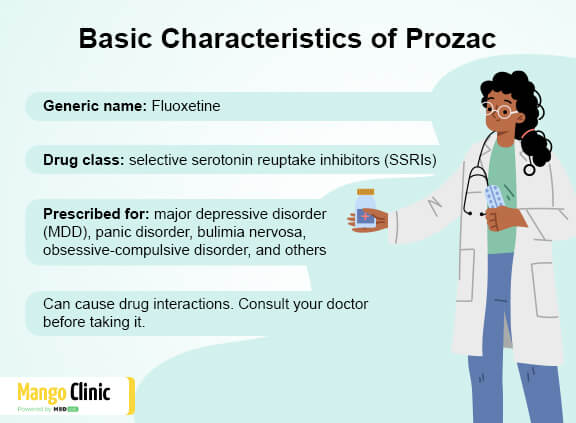 There are also some rare but serious side effects of Prozac, including:

Report any side effects to your prescribing physician immediately.

Many people worry about this when being prescribed Prozac. Fortunately, Prozac is not addictive. Taking it will not lead to intense cravings or drug-seeking behavior, like what an opioid addiction causes.

That being said, Prozac does change your brain chemistry in order to help you overcome depression, anxiety, panic attacks, OCD, or other mood and psychological disorders. If you take Prozac for a long time, your brain could certainly become dependent on it to continue operating at the same levels. For that reason, it is not recommended to stop taking Prozac suddenly.

Consult a mental health professional to know what medication will work best for you and how to avoid unwanted effects.

How to Stop Prozac Right

First things first: if you are thinking about discontinuing Prozac to see if your brain can function drug-free, be sure to work with your doctor to make the decision of when and how to stop taking Prozac. Especially if you’ve been on Prozac for a long time, your brain’s dependence on the chemical-altering effects of the drug could be substantial. So, a long weaning-off period is required to discontinue use safely.

Incorrect Prozac withdrawal can result in the following effects:

These symptoms of withdrawal all have to do with the abrupt discontinuation of that excess serotonin in your brain. To prevent these symptoms, your doctor will have you slowly reduce your dose over time, giving your brain a chance to adjust to the changes.

So, is Prozac Safe?

Given the concerns about stopping Prozac use too quickly, you may wonder whether Prozac use is safe. Fortunately, it is considered very safe and has been approved by the FDA for treating depression and similar disorders for many years.

Is Prozac a Controlled Substance?

Prozac is not a DEA-regulated medication and is not placed on the controlled substances list as it does not carry a high risk of abuse and addiction. However, you will need a prescription from your doctor to receive this medication. 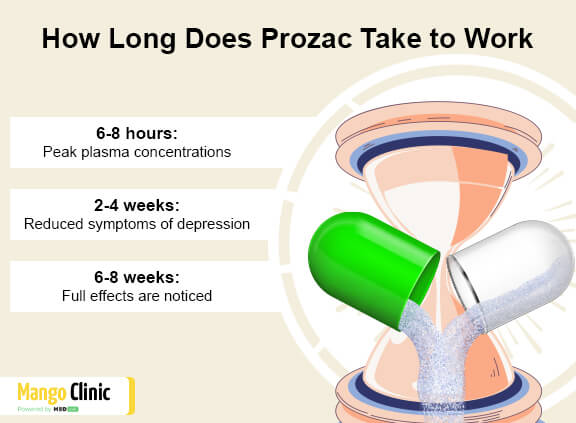 Prozac is a life-changing antidepressant and anti-anxiety drug. But it can also cause certain side effects and has little chance of addiction. To know if this medication is the right choice for you, consult a doctor: discuss your symptoms, get a diagnosis, and stick to the treatment plan. Book an appointment at Mango Clinic today to go through such an assessment and receive a prescription online right from home.

previousDepression and Chronic Pain: How They Are Connected