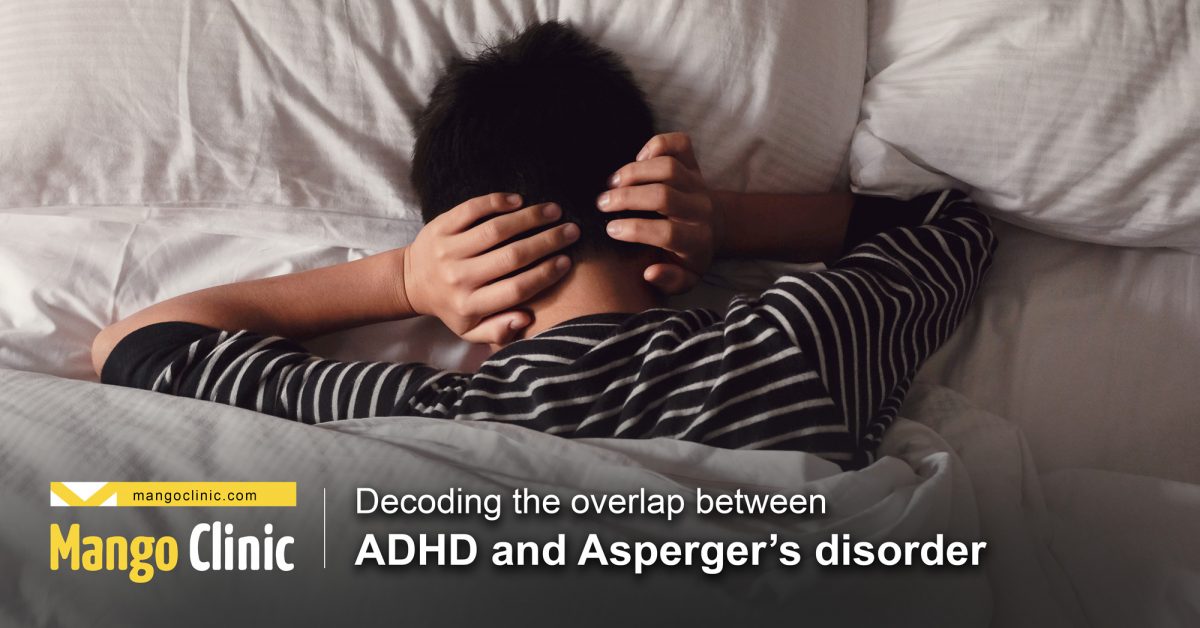 The Diagnostic Statistical Manual of Mental Disorders did not allow a joint diagnosis of ADHD and autism spectrum disorders like Asperger’s disorder until late in 2013. The DSM plays a significant impact on the way research is conducted and this recent change paves a way for better clinical management of patients with these conditions.

Get your ADHD treated today!

Autism has always been considered a more severe condition than ADHD; hence different management practices were applied. However, recent studies show a similarity in the symptoms of both conditions, which begs the question: is there an overlap between ADHD and Asperger’s disorder? The text expounds on the issue.

ADHD is an acronym for attention deficit hyperactivity disorder. The condition develops in childhood and affects one’s ability to focus, communicate, and learn. Some kids experience reduced symptoms as they grow old, while for others, the condition persists into their adolescent years and adulthood.

What is Asperger’s Disorder?

It is a disorder or a syndrome that affects a child’s ability to socialize and communicate. As such, the child may develop restrictive and repetitive behavior, including attachment to a particular item. The disorder is part of the larger group of neurodevelopment conditions known as autistic spectrum disorders.

Studies show 30-80% of patients that have autism also exhibit ADHD symptoms. However, patients that have both sets of symptoms are less likely to respond to regular ADHD treatment. These findings have prompted scientists to make a more detailed look into the two conditions.

Similar Symptoms in ADHD and AS

Children with either of the conditions experience:

How the Conditions Differ

While AS and ADHD share many symptoms, there are behavioral traits that set them apart. Symptoms AS patients exhibit include:

Why is there an Overlap in Symptoms?

A detailed examination of patients’ brain structures is critical to understanding why the conditions overlap. A paper examining MRI scans from more than 500 participants with a particular interest in a brain structure called the caudate nucleus was recently published. The structure was found to predict the similarity in behavioral traits between the two conditions.

The paper also studied the globus pallidus, another brain structure that affects both conditions. Both structures are located on the front part of the brain called the striatum, which plays a critical role in decision-making, planning, and motivation.

Get your ADHD treated today!

Another study on autistic children found similar results in that the kids exhibited reduced connectivity between voice-selective parts of the temporal lobe and the striatum. As such, the kids did not react to voices as much as healthy children.

This overlap of ADHD and Asperger’s disorder paves the way for researchers to investigate aspects like developmental stages of kids with the conditions, treatment response, and neuropsychological measures that should be applied.

Be its ADHD or Asperger’s disorder; none of these should spell doom on you. If you have either of the conditions, feel free to contact Mango Clinic for the best professional help. Visit our website today for inquiries about our services and to schedule an appointment.

previousAdhansia XR for ADHD: Uses, Side Effects and Dosages