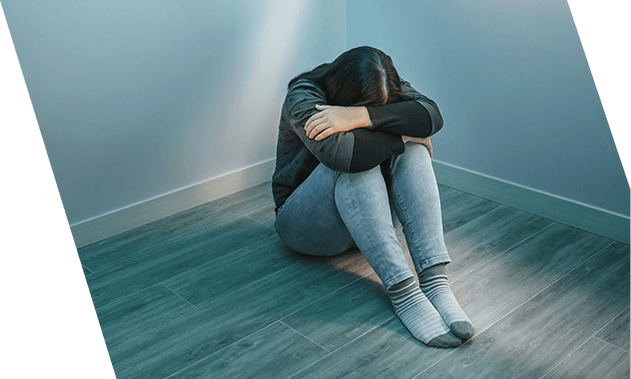 However, even if you receive this dual diagnosis, you won’t necessarily need to double the treatment. Some medications treat both anxiety and depression. Your healthcare provider will work closely with you to determine the right treatment plan for your specific needs.

Start With a Free Assessment

Depression and anxiety disorders are different, but they often occur simultaneously. Depression is a mood disorder that is associated with feelings of helplessness, worthlessness, and hopelessness. According to WHO, about 280 million people in the world experience depression at some point in their life. Depression is not uncommon; it can last a week or several years and cause you to feel sad, devastated, and unable to enjoy your life. On the other hand, anxiety disorders are characterized by excessive worry, nervousness, or fear that interferes with our everyday lives. If left untreated, anxiety disorders can become even worse over time. There are many different kinds of anxiety disorders, each with its own set of symptoms — for example, a generalized anxiety disorder (GAD). About 2.7% of adults with GAD in the US experience severe symptoms that include intense fear and worry that are difficult to control.

Symptoms of Anxiety and Depression

Diagnosing patients with both depressive and anxious symptoms should be done carefully. While both depression and anxiety disorders are similar, anxiety encompasses a wide range of symptoms seen in various mental illnesses. Some people feel anxious when they are depressed, but depression is not considered a symptom of anxiety. Depression and anxiety symptoms may also include feelings of avoidance and avoiding activities that people enjoyed before, changes in appetite or headaches, and feeling tired. People who are depressed often feel low energy, have low motivation, and think about doing self-harm repeatedly. Moreover, patients with an anxiety disorder may experience constant fear and worry.

Treatment Options for Depression and Anxiety 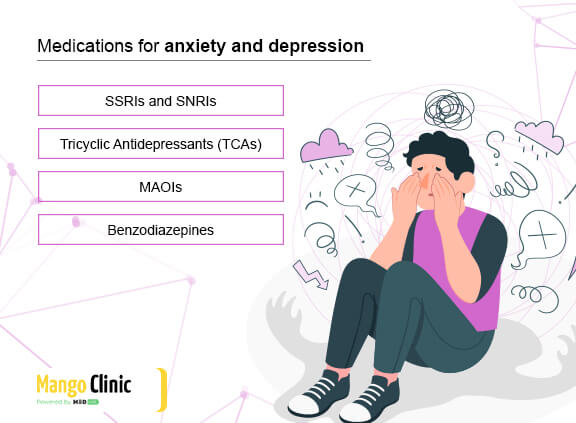 Many medications can help people with anxiety and depression. Some of the antidepressants listed below can help patients with a social anxiety disorder or generalized anxiety disorder. Antidepressants affect the way the brain processes certain neurotransmitters, like serotonin or norepinephrine. Depending on which disorder a patient has, the most effective depression and anxiety meds will vary.

Common medications for depression and anxiety are discussed below.

SSRIs and SNRIs are generally prescribed for people who have a generalized anxiety disorder (GAD) or depression. SSRIs are a class of medications that have a wide therapeutic range. Many people take SSRIs to treat their anxiety or to alleviate their depression. These medications block serotonin’s reuptake in the brain and increase the amount of serotonin in the brain, which improves mood. Common SSRIs that are used for depression and anxiety disorders include:

Side Effects of SSRIs

Common side effects reported by patients using SSRIs are:

SNRIs are similar to SSRIs in that they block the process by which serotonin is reabsorbed in the brain and increase serotonin levels. SNRIs, however, also increase norepinephrine, which is a key component of the brain’s stress response. Common SNRIs include:

Side effects of SNRIs

Common side effects associated with SNRIs are:

Do you have the symptoms of depression or anxiety? Join Mango Clinic to consult with a licensed mental health professional.

Get A Personalized Treatment Plan

TCAs increase serotonin and norepinephrine levels in the brain and therefore improve mood. They block the actions of the neurotransmitter acetylcholine. Examples of drugs belonging to TCAs include:

However, TCAs can cause more severe side effects (like high blood pressure, heart problems, weight gain, and diarrhea) than other antidepressants. They are not considered first-line treatments for patients with depression and anxiety disorders.

MAOIs are used to treat depression; they can also be prescribed for panic disorder and social anxiety disorders. MAOIs work by blocking the action of the monoamine oxidase enzyme in the brain, which is responsible for breaking down different neurotransmitters in the brain, including norepinephrine, serotonin, dopamine, and tyramine. As a result, the amount of these neurotransmitters in the brain increases, alleviating depression. FDA-approved MAOIs include:

Benzodiazepines, such as Xanax and Valium (diazepam), act on the GABA receptors to impart their anxiolytic effects. They are considered poor treatment choices for people with anxiety disorders and depression. They’re effective for a short time, but the risks of dependency increase with time.

Outlook of Depression and Anxiety Medication

It is important to get the advice of your doctor to decide which drugs will work best for you. It takes four to eight weeks for most antidepressants to become effective. If one drug is not working, there are many other medicines that your doctor may prescribe. Sometimes, a combination of several anti-depression meds may be needed, as it will make you feel better. 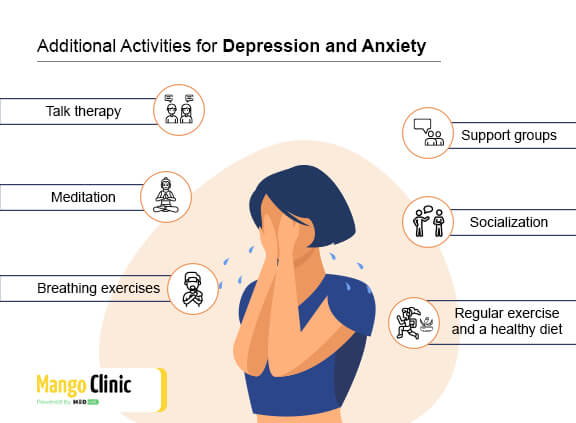 If someone has both anxiety and depression and is noticing that symptoms of anxiety are decreasing, but their depression symptoms are not improving, increasing the dosage of some medications may help them treat those symptoms. It is important that patients and medical professionals decide the type of medication that is right for them.

Depending on which type of drug you are taking, the side effects of all different kinds of medication vary. They may disappear once your body adjusts to the medication. If you decide to stop taking your antidepressants, it is imperative that you slowly decrease the dose of the drug over a time frame that your doctor suggests. If you stop taking your antidepressants abruptly, you may experience a headache or feel dizzy, and it is also possible that symptoms may return. It is important that you talk about changing medications with your healthcare provider.

Get Expert Help with Medication for Anxiety and Depression

Mango Clinic is an online mental healthcare provider. Our team consists of qualified and licensed mental health experts who specialize in treating emotional and mental ailments. We provide mental health treatment online and help you with anxiety, depression, sleep disorders, OCD, and insomnia.

We understand that going to a specialist to receive treatment can be difficult and time-consuming for both patients and their loved ones. Mango Clinic is committed to helping you relax and unwind in the comfort of your home. It is convenient, efficient, and cost-effective. Contact us today to schedule your consultation and get the most suitable medications for depression and anxiety prescribed the same day.

nextWhat Causes Stress and How Does It Affect Your Life?