Sexually Transmitted Diseases (STDs) are on the rise in Miami and around the world. With an estimated one million new infections worldwide, the Pan America Health Organization (PAHO) was prompted to acknowledge the profound impact on sexual and reproductive health. Despite a quality healthcare system, the US sees approximately 20 million new infections each year. Although there are more than 25 known STDs, Human Papillomavirus (HPV), Chlamydia, Trichomoniasis, and Gonorrhea are the most prevalent in the United States. Unless greater emphasis is placed on education and prevention, those totals are likely to skyrocket even further.

Get STD treatment from expert physicians. Click the button below to book your appointment. 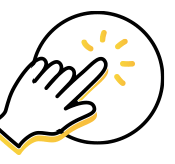 STI Vs STD: Know the Difference

The terms sexually transmitted infections (STIs) and sexually transmitted diseases (STDs) have been used synonymously over the years though they could be classified separately. The distinction between the two is rather simple. An STI is an infection that is transmitted through sexual contact, whereas an STD is a disease that resulted from the infection. The infection is often the first phase of a disease. STIs are caused by bacteria, viruses, or even parasites that enter the body and start multiplying disrupting normal body structures and functions.

How Are STIs Transmitted?

Symptoms of STIs in Men

Unfortunately, many sexually transmitted infections have no signs until it is in an advanced stage. If STI symptoms are present, they may mimic other illnesses such as the flu or a yeast infection. Symptoms that can alert men to a possible STI include the following:

It may take anywhere from a few days to several weeks after exposure for symptoms to appear in man. Just because you are not having any symptoms, it doesn’t mean there isn’t an infection. The only way to know if you are infected is to seek routine medical screening by a qualified practitioner.

STD Testing in Miami for Men

Almost all the tests for sexually transmitted infections take anywhere from a few days to a few weeks before the results are available except for two. There are rapid result tests available for syphilis and HIV. Additional rapid tests are currently under development but are not available at this time.  Until all tests are completed, you will be asked not to engage in unprotected sex.

Looking for STD testing in Miami? Click the button below to book your appointment.

What Happens if Your STD Test Results Are Positive?

Unfortunately, STIs are extremely common, and chances are most sexually active men will be diagnosed with some type in their lifetime. Strong antibiotics are used to treat most infections and are generally effective. Regrettably, antibiotic and antimicrobial-resistant STIs have increased in recent years hampering treatment options. Early detection and aggressive treatment are crucial in preventing further medical issues.

In addition to the discovery of treatment-resistant infections, there are two STIs that have no known cures. HIV and herpes can be managed by several pharmaceutical “cocktails” designed to control the symptoms. These complicated ailments can severely impact an infected individual’s health and make the treatment process difficult.

Although either bacterial or viral infections can cause STIs in men, viral infections often impact the entire body and are generally more severe than bacterial ones. If left untreated, all STIs can have severe consequences including those in the list below:

Although advancements in treatment have been made, most healthcare professionals agree that the best way to prevent the spread of these deadly diseases in men is STD prevention. However, safe and effective vaccines have only been developed for hepatitis B and HPV thus far. The hepatitis B vaccine is estimated to have prevented over one million deaths from chronic liver disease and cancer since it was added to infant immunizations. Even though the HPV vaccine is still relatively new, it is also considered highly effective.

Ongoing research to develop vaccines for other types of sexually transmitted infections and diseases has made some promising headway. With time, these life-threatening conditions can be eradicated, but until then there are other methods to limit exposure following these suggestions can help to protect you:

It is important to note that with or without symptoms, sexually transmitted infections can be spread to other individuals making routine testing a necessity despite many precautions. For more information regarding preventative measures, seek the advice of a qualified medical professional.

Get STD medications from professional doctors. Click the button below to book your appointment.

The dedicated staff at Mango Clinic is experienced in a number of routine and specialty services including sexual health. The professional medical teams can provide STD testing, treatment, and recovery support if needed. Although appointments are encouraged, walk-ins are welcome. Our offices are located at 434 SW 12th Ave Suite 205 Miami. For an appointment call (305) 776-2898.

Contact us at Mango Clinic for STD treatment or click the banner below to book your appointment.

previousWhat Kind of Animals Can Be Emotional Support Animals?