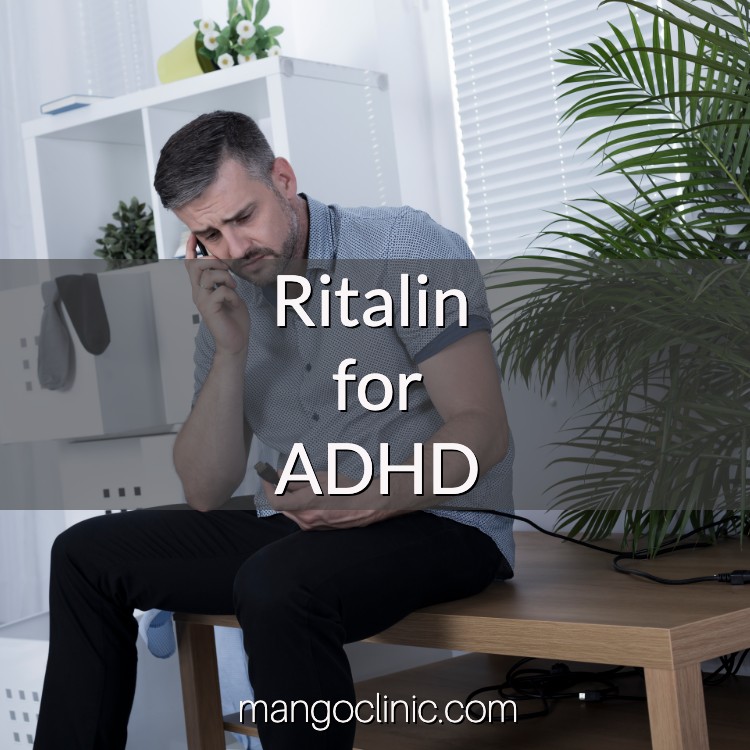 What Is Ritalin and Who Is It For?

Ritalin (a brand name for methylphenidate) is primarily for patients who have ADHD or narcolepsy, two disorders that can be treated with stimulants. For those with ADHD, they have issues such as restlessness and being unable to focus, which can prevent them from doing work or maintaining relationships. It can also be disruptive, in case it gets in the way of things such as work and social events. Luckily, Ritalin has proven to significantly help those with ADHD, as it treats and improves their symptoms for the better.

Narcolepsy is the other main disorder that Ritalin is recommended for treating. This disorder can leave a person exhausted throughout the day, wanting to sleep all the time, and in some cases, falling asleep where it can be least appropriate (like during a meeting). Ritalin has been proven to help those with narcolepsy, as it treats the symptoms associated and allows the user to remain more productive throughout the day.

If you are looking for a stimulant such as Ritalin to help improve your health, then get in touch with Mango Clinic Miami. Helping local and remote patients alike, we provide health services that let people live their best life in a relaxed and accessible way. Ritalin can help patients with ADHD and narcolepsy who want to treat symptoms that range from minor to severe. As a legal prescription drug that can be prescribed to many people, Ritalin comes with various benefits, along with risks and side-effects, that are important to know.

With the stress of life almost always hanging over us, it can be difficult for some to stay concentrated and focused on the things that matter most to us. Sometimes things get in the way, whether they are physical obstructions or mental roadblocks. Certain people even have disorders that prevent them from being the best version of themselves. Sometimes they admit to having these disorders, other times they have denied them for years. The issues individuals have will always vary, and there are always optimal solutions for treating them.

How Does Ritalin Work?

You might be curious to know how a stimulant such as Ritalin is able to help those with ADHD and narcolepsy. While we do not have to get too in-depth, the main components involve our brains and its neurotransmitters. Those asking to get Ritalin often have a brain that is looking for an activity and is lacking it for whatever reason. The stimulant goes to the brain’s reward center and gets it to release dopamine, which provides stimulation in the brain, which makes it active.

Like most other stimulants, you do not have to be suffering from ADHD or narcolepsy in order to take Ritalin. As a legal and prescribable drug, it has found itself as a popular choice for many who suffer from stress (only based on anecdotal reports) and lack of concentration. Students, in particular, have found themselves as users of this medication, as it has been shown to help with focus and alert thinking. While some may think much of this has to do with recreational use, it has been shown that students who take methylphenidate are genuinely interested in performance enhancement. Unlike Concerta, which is also methylphenidate and its extended-release variation, Ritalin starts working almost immediately and only works for a few hours so you can take it later in the day without any fear of insomnia as a side effect.

While drugs like Ritalin provide users with beneficial effects that improve their health, there are still risks involved. Medication already comes with side-effects, so this is not surprising; in any case, it is still important for users to know of these effects. Some of these physical effects can include hypertension, nausea, sexual dysfunction, dry mouth, and blurry vision. These are just a few of the many side-effects that can occur if you take Ritalin, though many of them are not that common, with some of the most severe ones being extremely rare.

Aside from common physical symptoms, side-effects can also be psychological, which can sometimes be an even greater problem than physical symptoms. Anxiety and insomnia are, ironically, some of the common psychological effects that a user of Ritalin can endure. It’s also possible that a user can have a greater sense of alertness than is normal, which might make them even more restless than before they took the medication. Users may also find their libidos and self-confidence diminish, which can be a problem that does not improve matters for someone being treated with Ritalin.

In addition to side-effects, stimulants have a chance of being abused by users, which can then lead to tolerance, dependence, and even overdosing. Tolerance can happen because a user takes too much of their dosage, and their body has become accustomed to it. While it might make sense to increase your dosage if this happens, it can be problematic if the user exhibits dependent traits. If increasing the dosage would only worsen the conditions of the user and their drug use, then it is not recommended and should stop immediately taking the drug.

Dependence can sometimes contribute to tolerance, which can make the treatment process with Ritalin more harmful than helpful. It also has ties with addiction, which is essentially what happens to those who abuse their prescriptions and take more of the drug than they are supposed to. While addiction is already a problem, it can also lead to an even greater issue, which is overdosing. This is a problem that can affect users of prescription medication, as many people over the years have overdosed on these types of drugs. It’s not unusual to hear about users who abuse their prescription meds and then end up in the emergency room due to an overdose. While it does not happen to everyone, the legality and ease of access make it a more significant possibility among patients.

If you think Ritalin or any other type of stimulant may help you, get in touch with Mango Clinic today. Our medical professionals will evaluate you and determine your individual needs so that you both come to a proper decision as to which type of medication is best for you. You can set up your appointment to meet and speak with one of our licensed doctors by calling us at (786) 422-9327 or by visiting our website’s appointment page.