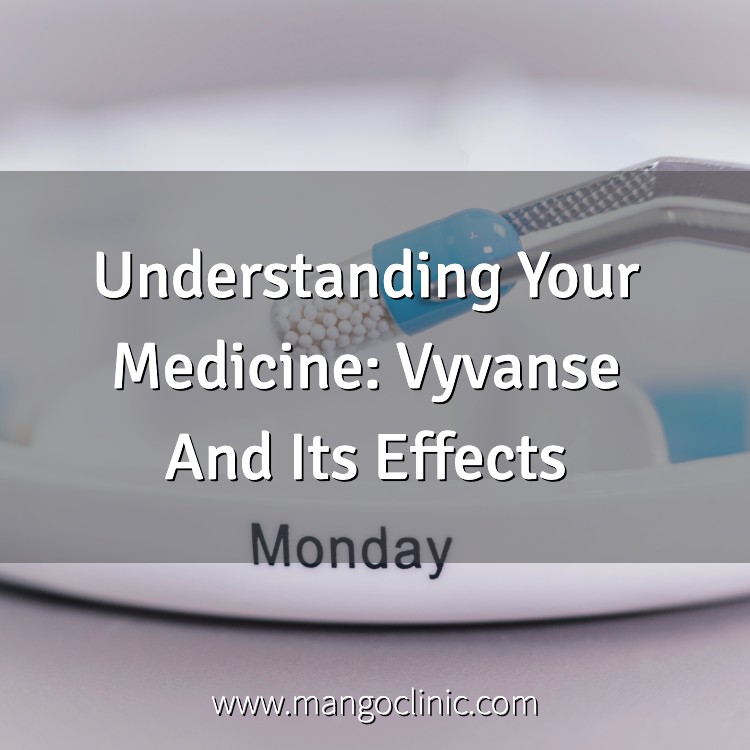 How Long Does Vyvanse Stay in Your System?

Attention Deficit Hyperactivity Disorder (ADHD) is a treatable medical condition that affects both adults and children. ADHD is diagnosed based on specific criteria that include a complete history and evaluation by a healthcare provider. Although most people were diagnosed with ADHD during there youth, it is possible for an adult not to be diagnosed until later in life. In this article, we will go back to discussing Vyvanse and its effects on one’s body.

Despite some common misconceptions, children do not grow out of this disorder, symptoms change over time and what may have been an issue during their youth may not be once the patient has reached maturity. Although some individuals may not have been diagnosed until adulthood, the disorder was always present. It is believed that some children are capable of creating coping mechanisms and masking the telltale signs of ADHD. Once the demands of work and family life changed, what once worked to hide the symptoms no longer effective leading to frustration, confusion and often anxiety.

Although the symptoms of ADHD differ from person to person, common ones do exist. Listed below are just a few that are often seen in adults with this condition.

These symptoms can affect individuals at home, work or in social situations. To be diagnosed, five or more of these symptoms must occur for at least six months and be present in two or more settings. Additionally, there must be clear evidence that the symptoms interfere with a person’s social or work functions and that they are not due to another mental health disorder.

Since ADHD was first recognized as a separate mental health disorder, researchers have studied ways to help individuals cope. The two ADD/ADHD treatments that currently show the most benefit are therapy and medications. While therapy is often an excellent place to learn effective coping mechanisms, drugs have been developed that help patients function normally.

Vyvanse is a prescription medication that was developed to treat adults who have ADHD. It is designed to increase attention while decreasing impulsiveness. Approved in 2007 by the FDA, Vyvanse is a prodrug, and its side effects are considered to be less harsh than other ADHD medications. A prodrug is an inert substance that is metabolized in the body to become an active medication; in this case dextroamphetamine. Dextroamphetamine increases the availability of dopamine and norepinephrine in the central nervous system. These chemicals work together to maintain alertness, increase focus and sustain thought, effort, and motivation.

How Long Does Vyvanse Stay in Your Urine?

Drug tests are often used to screen for the presence of amphetamines. Not only can they detect the parent drug but the metabolites left behind as the drug is processed as well. Individuals who are prescribed certain medications should be aware that if their employer requires random drug screening, those who take Vyvanse will receive a positive test. Proper documentation such as a current prescription should be readily available if a drug screening is administered.

Vyvanse is currently only available in an extended-release capsule. The effects of this medication will last from 10-14 hours after administration, but it can be screened for in the urine up to three days after usage even if a second dosage is not administered.

Some people may process Vyvanse faster than others depending on the rate their body metabolizes it. Also, younger, healthier and even larger people tend to eliminate medications more quickly than others. Those who have health problems or organ function impairment excrete drugs slower.

How long does Vyvanse stay in your blood?

Blood screenings for  Vyvanse use have a relatively short detection window. Approximately eight hours after using this medication, a blood test will not indicate usage. In fact, the window is so short that Vyvanse is very rarely detected by this method.

Medical practitioners often require drug screenings when prescribing amphetamines to their patients. This type of drug can be highly addictive and is often abused. To ensure that prescribing recommendations have been followed, routine testing may be ordered to verify the amount of Vyvanse in the patient’s system. Individuals who have been taking it as prescribed should not worry. However, if too much of this powerful drug is detected, your provider may discontinue its use. The FDA lists Vyvanse as a Schedule II class drug and is considered dangerous if not carefully monitored.

If Vyvanse is used by someone who it was not prescribed, they can experience side effects such as irritability, anxiety and sleep disturbances. Rarely individuals, including those who have a prescription for its use, can have more severe complications such as panic attacks, hallucinations, mania, delusions, and paranoia. Be sure to discuss anything unusual with your mental health provider.

If you think Vyvance might help you get in contact with Mango Clinic in Miami to schedule an appointment with one of their physicians specializing in helping ADHD patients.

previousWeight Loss Drugs: What is Phentermine?